In the Butcher Shop

When he stepped up to the butcher’s counter, Jimmy Borden’s face wore the look of a man who’d just seen another man killed: skin as gray as a foggy morning, eyes as empty as the hollows in a dead tree, the small list neatly written out by his wife twitching in his shaking hands. He should have taken a number, but he didn’t and didn’t have to. As the other customers became aware of his presence, they each took a step back, gaped, forgot their orders and their places in line.

“Good God, Jimmy,” observed the butcher Tom Ashton in his usual offhand way. He placed his chunky hands, fingers spread wide, on top of the display case where beef and veal and pork and chicken and turkey in every cut had been neatly arranged and priced. His apron was streaked with red, but otherwise he was an immaculate giant, six and a half feet tall, his white paper hat settled just right on his head, his hands freshly gloved.

Jimmy looked up at him and shook his head. “Don’t go there,” he said in a weak, shaking voice.

Jimmy didn’t know about any list. “None of you should ever go there again.”

“Do something normal? Take a number? Might calm you down.”

Jimmy took a number, mechanically. He didn’t look at it. “I would never have thought it of him. Never in a million billion years.”

A petite woman with hair dyed red and blue touched him on the arm. “Who?”

“Doc Meyer.” He tried to swallow, but his throat was dry. “Old Doc Meyer.”

“The veterinarian?” the woman asked. “What’s he done?”

Jimmy shook his head. “You don’t want to know. Just don’t go there.”

“Half the town goes there, Jimmy,” a rotund old man told him. Anthony Masterson his name was, and he lived two doors down from Jimmy Borden. Most everyone waiting at Tom Ashton’s meat counter knew Jimmy, and each other. The town wasn’t all that big, after all, only a hair more than four hundred souls, and yes, with only two veterinarians to serve their town and most of the other towns in the area, half of them probably did take their pets to old Doc Meyer.

“Not anymore,” Jimmy said. “Not after this. It’s Doctor Flannigan for me from now on. And for you, too, if you know what’s right.”

“How can we know if you don’t tell us?” the butcher remarked, and the rest nodded and grunted affirmation of his logic.

Jimmy covered his face with his hands, crunching the list. “The air smells like blood,” he said to nobody.

“It’s a butcher shop,” Tom Ashton explained. Logic was his forte, it seemed.

“Flannigan charges and arm and a leg,” remarked a tall brunette lady with two young children, a boy and a girl, clinging to her hands. The children looked at Jimmy, wide-eyed, as if waiting for him to catch up to their mother’s economic analysis.

“Money!” Jimmy spat. “The root of all evil! Don’t listen to it, not when this is going on!”

“There are children present,” Jimmy mumbled.

The mother pulled her children close.

Anthony Masterson stepped in front of Jimmy and looked him in the eye. “Doc Meyer treats my dogs. Why should I stop going there?”

With a shudder, Jimmy leaned on the meat counter. “He kills,” he said.

Tom tugged at his ear. “Sure, he puts down animals that can’t be saved. Every vet does that.”

“I saw it!” Jimmy shuddered again, then whispered, “I saw it.”

“So who’s next?” Tom looked around. “Number thirty-four, looks like.” But nobody raised a hand or a number or even looked at him. Jimmy’s ghostly face commanded all attention.

“You know Claire Ferguson. Little old lady, lives alone with six cats, one nineteen with two paws over death’s threshold, one fifteen with a questionable ticker, one a kitten, and three in between.”

All nodded and murmured acknowledgements.

“The cat with the heart condition checked in today and didn’t check out. Doc Meyer said the medicine just wasn’t working anymore and the poor guy should be put down so he didn’t suffer. Claire told me as I was coming in and she was leaving. She was heartbroken.”

“Sure, only Doc hadn’t put the cat down.”

Tom arched an eyebrow. “And you know this how? And who’s got number thirty-four? I know somebody here does.” The tall brunette with the children raised her ticket and moved to the counter, her eyes darting between Tom and Jimmy. “Good afternoon, Mrs. Howell, what can I get for you?”

Without any idea what he was looking at, Jimmy regard Mrs. Howell and then her children and then the steaks lying in the cool behind the glass. “I took my Pointer Sherlock in for an exam. Afterwards, when I had Sherlock back in the car, I realized I’d left my hat in the exam room, so I went in to get it. The back door was open, and I could see Doc in the surgery. The cat was on a table, still alive, and Doc was telling his tech . . .”

Jimmy leaned on the counter again and shook his head. Nobody spoke or moved or, perhaps, breathed.

“He was stroking that cat and it was purring and he was telling the tech, ‘Vaughn Labs wants the brain and ChemCorp wants the liver and Five Star wants the kidneys.'”

“The cat was done for anyway,” Tom said as he packed the order.

“It wasn’t. No more than you or I or any other living thing is, anyway.”

The woman with the red and blue hair raised her hand as though she were in a classroom. “How do you know it wasn’t?” she asked, her voice as timid as a light breeze.

“Doc looked up and saw me. He stared at me like I was pointing a gun at him. Then he waved the tech away and came into the exam room. At first he couldn’t find his voice. Then he asked why I’d come back, and I said I’d forgotten my hat, and he said okay and by the way whatever I’d heard wasn’t what it sounded like.”

“Probably wasn’t,” Anthony Masterson opined, then went to the counter to examine the wares.

Ignoring or not having heard the remark, Jimmy continued, “I asked him what he was doing. He went on about the economy and how hard it was to pay people and buy equipment, and how he wasn’t going to chisel people like Flannigan does. I said what does that have to do with cutting up animals? He said labs pay for research materials. And the animals are dying anyway, so what’s the harm? I said what about that cat? He said the cat was going to die, sure, in a few years, and Claire Ferguson couldn’t afford those heart meds anyway.”

Jimmy looked around at the blank faces of his fellow customers. “Don’t you get it? There was no reason to kill that cat! None! God, I need to sit down, is there a chair here?”

There wasn’t, so he sat on the floor.

“One cat,” Mrs. Howell said as Tom Ashton handed her chicken to her. “Why be so upset?”

“It’s not one cat. He told me. Spilled it all out, like making a confession, only he wasn’t sorry, just scared that I wouldn’t understand.” He shuddered. “Understand! He does it all the time. Kills animals that don’t need to be killed. Cuts them up. Sells their organs.” He looked around. “It could be your dog,” he said, pointing at Mrs. Howell. “Or your cat.” He pointed at the woman with the multicolored hair. “Or your parakeet.” He pointed at Anthony.

“I don’t have a parakeet,” Anthony said. “I think I’m next, Tom. Number thirty-five.”

“He’s convinced himself he’s doing no wrong, but you tell me. He tells customers their pets need to be put down when they don’t, then kills them and sells their parts. Isn’t that wrong?”

Tom rapped on the counter top. “Jimmy, look at me. What do I do? I sell cut up animals, right? What do you do? You come in here and buy what I sell and cook it and eat it.”

Looking up over his shoulder from his seat on the floor, Jimmy snapped, “That’s different.”

“For one, these animals were raised for eating!”

Tom shrugged. “Either way, we’re not talking about human beings.”

“And anyway,” Anthony said, “Doc Meyer is right. Flannigan is a chiseler. You’d have to go thirty miles to Stevensville to find a vet as reasonable as Doc Meyer.”

If anything, Jimmy’s face grew more pale. “What does that matter? Thirty miles! A hundred miles! You can’t do business with a man who butchers animals for money!”

“You do business with me,” Tom said, sounding logical again.

Jimmy scrambled to his feet, livid. “Damn it Tom, that’s not the same, and you know it!”

Mrs. Howell wagged a finger at him. “You’re one to talk, Jimmy Borden. You ran over that squirrel earlier this summer. Remember that? How dare you talk about a good man like Doc Meyer when you’re just as guilty of killing?”

Less timidly than before, the woman with the multicolored hair said, “You sound like you want to put him out of business.”

“You must hate animals! Trying to put a vet out of business! My God!” She turned away from him in disgust.

“Home, Jimmy. Get your head on straight. Once you do, I’ll be happy to serve you.”

Everyone was saying the same with their eyes. Go home, Jimmy. Go home.

But there was nowhere to run.

© October 2015 By Dale E. Lehman.  All rights reserved.  You may share links to this web page, but otherwise copying and redistribution of page content by any method for any purpose without written consent of the author is prohibited.

[…] I thought I’d post it here as a free sample of my writing for you.  It’s called “In the Butcher Shop.”  I hope you like it.  Feel free to post comments.  (You’ll need to create an account […]

[…] its interplay with the scenes in a story.  Except in the case of single-location stories (e.g., “In The Butcher Shop”), action is spread over a sequence of scenes which take place in a variety of places, times, and […]

[…] pleased with the results. Sometimes I think I come close. Example: in October 2015 a story called “In the Butcher Shop” spilled out of me in a single hour. I suspect he might have given me a bit of help that […] 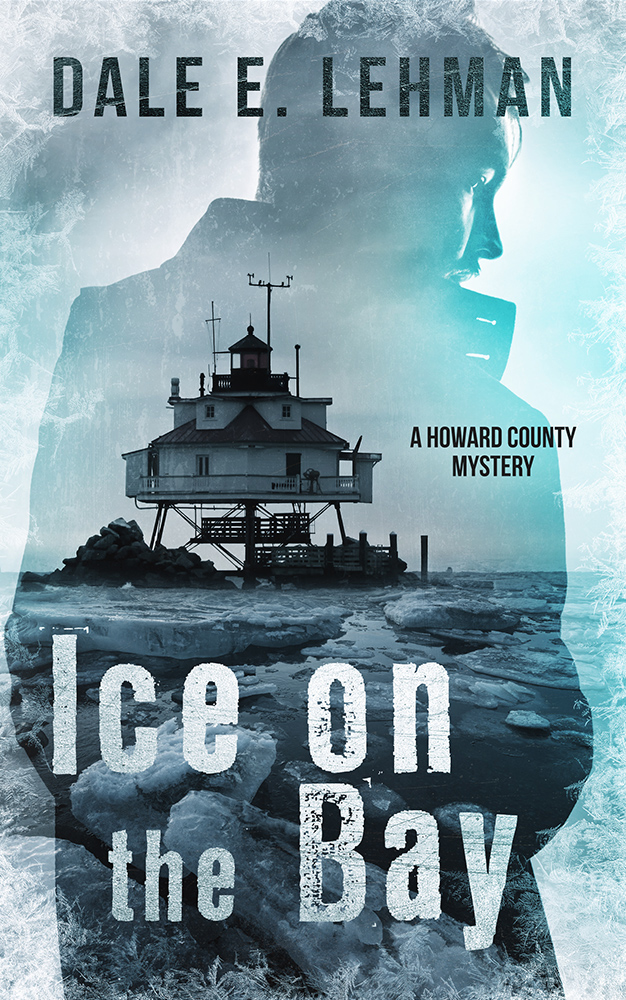 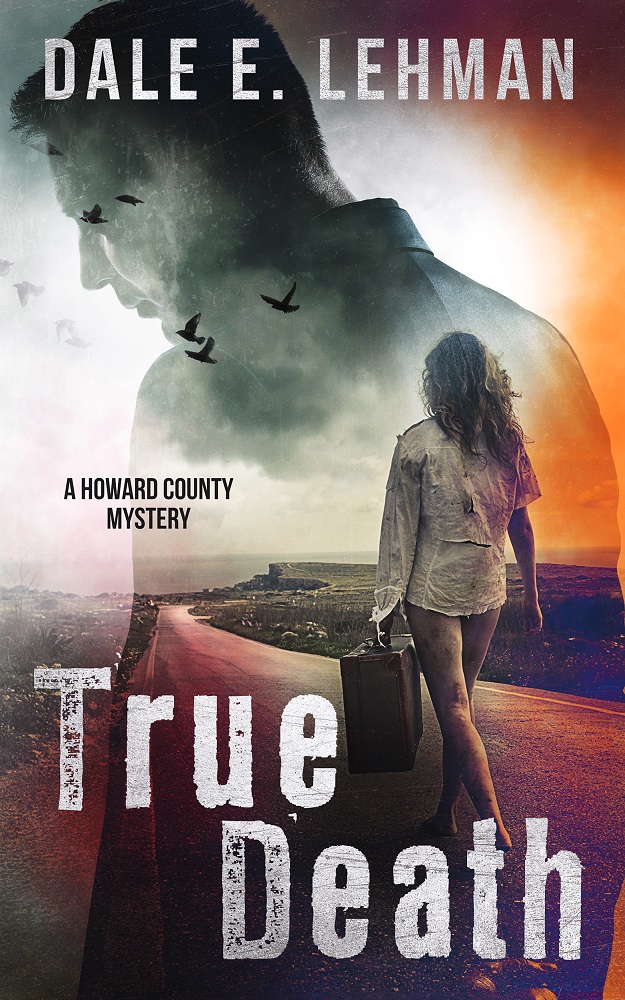 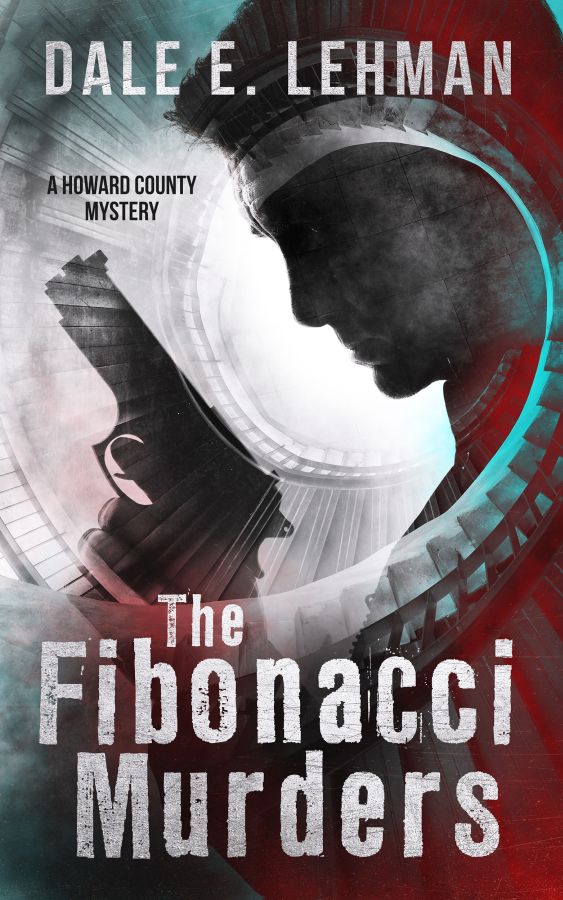