View cart “The Fibonacci Murders (Howard County Mystery #1)” has been added to your cart.

Bernard and Melody Earls are hired to nick a silver statuette of a pine marten (a species of weasel) from a family of rich buffoons. It won’t be easy, but a job is a job, and this one may offer more than it appears!

Those weasels are up to something…

Between them, Bernard and Melody Earls have looks, charm, brains . . . everything but money. That’s why they steal from the rich and give to themselves. So when Alexander Hamilton Plaskett hires them to nick a silver statuette of a pine marten from his brother Paul Revere Plaskett, they’re happy to oblige. But it won’t be as easy as it looks. For one thing, the little beast is guarded by Fitzroy Fortresses, the best security system money can buy. For another, the five Plaskett siblings are obnoxious buffoons. Still, a job is a job, and this one may offer more than it appears.

At least, that’s Bernard’s theory. The pine marten isn’t particularly valuable, so why do the Plasketts contest its ownership so fiercely? To find out, he and Melody insinuate themselves into the Plasketts’ world and enlist a college geek to hack the unhackable Fitzroy system. Failure means poverty. Discovery means prison. And the biggest obstacle to Bernard’s brilliant schemes? Melody’s penchant for running off-script! 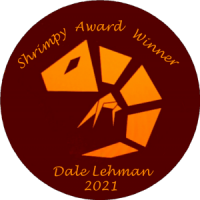 There are no reviews yet.

Be the first to review “Weasel Words” Cancel reply